First of all let me tell you that there are some really good tutorials out there for installing a TFTP server on the Ubuntu system. They work really well for Cisco devices…. Except for the flipping ASA. I mean, seriously, what the heck!? 4 hours of troubleshooting this crap and I still couldn’t get it working. Let me be a bit more specific – I’m not talking about TFTP not working for the ASA…. I’m talking about this particular combination. Ubuntu 18.04 as a TFTP server and the Cisco ASA. Eventually I said “screw it” and started looking for alternative options. I had used SCP previously on the Nokia 7750 platform and it worked quite well. So let’s explore that option….

What is SCP?
SCP stands for Secure Copy Protocol and is used to transfer files between networked devices. It supports encryption and authentication but requires SSH to operate. OK, nice. Seems pretty straightforward. Let’s see our topology again: 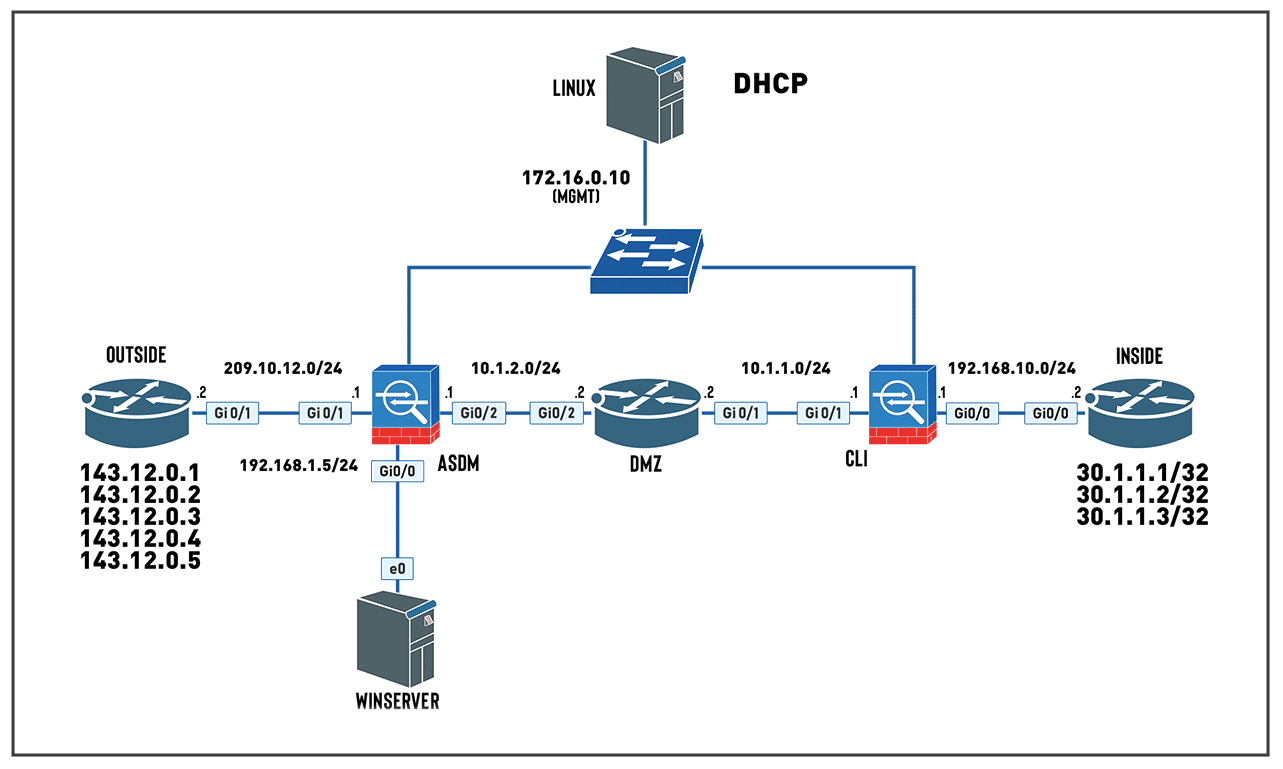 OK, so let’s create a file that we want to transfer from our Linux box to the ASA – This could be a config or an image, but we are just going to make up a file.

Step 1: To PUSH a file from the Ubuntu server using SCP – We use -v as a debug feature – giving us the “verbose” output (allowing us to see where things are going wrong)

Time to check on the Ubuntu server again:

OK, that looks like it’s been successful – let’s have a look at that file on the ASA
Step 3: Check ASA directory

to delete that file delete disk0:/TEST.cfg

TO PULL FILE FROM SCP server
Let’s first save the running config on the ASA to the flash (disk0:/) with a file named RC-backup.cfg

Then on our Linux server we will copy this file from the ASA to the local device
$ scp Ibraheem@172.16.0.1:disk0:/RC-backup.cfg (from where on remote device) /etc/default/backup (to where on local device)

Let’s check the file has been transferred

And then let’s check the contents of the file using the cat command: